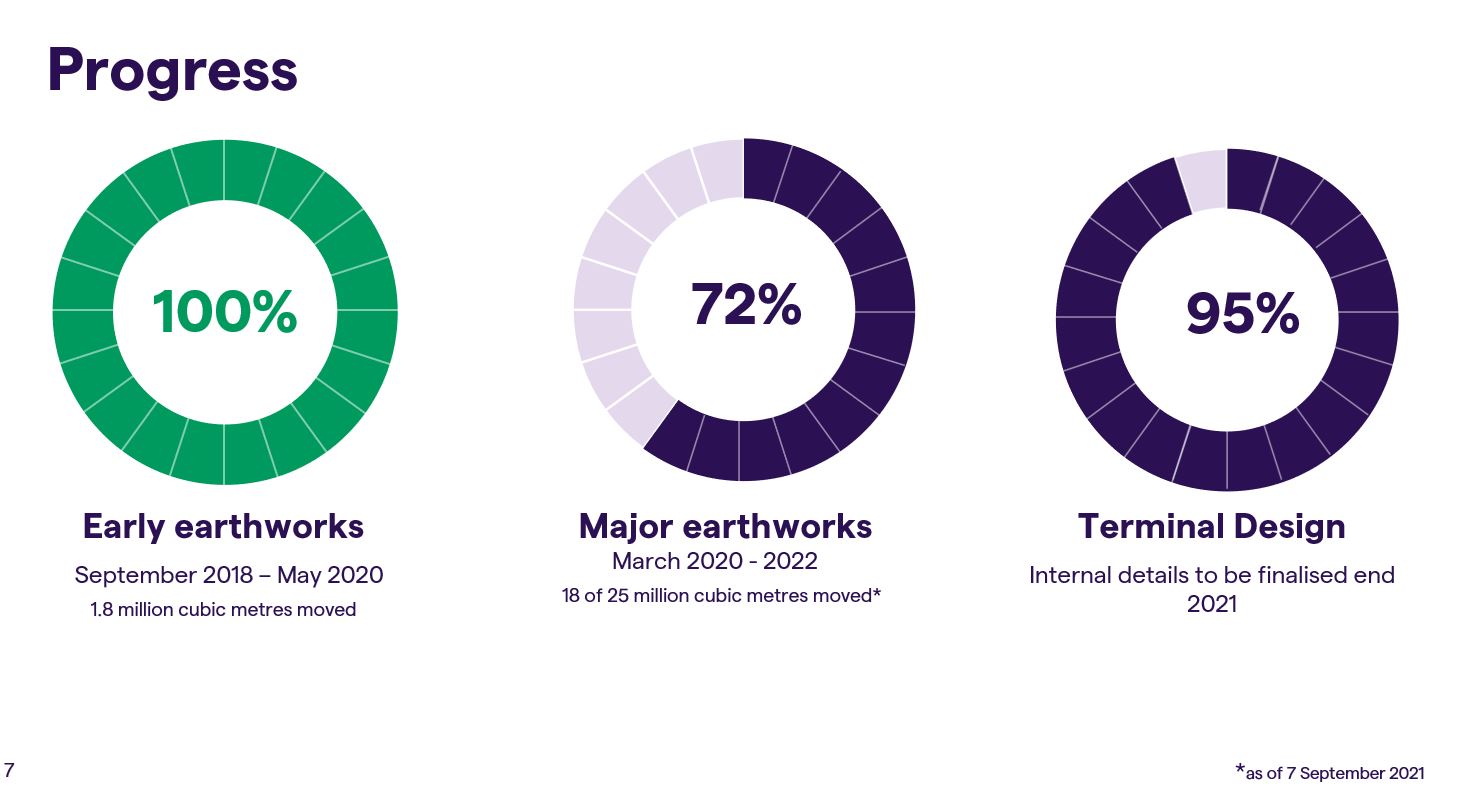 Western Sydney International is on track to open in late 2026.

Lots of progress has already been made on the project since construction started in September 2018. The early earthworks helped lay the foundations for the airport and included moving 1.8 million cubic metres of earth within the site, construction of a new and realigned Badgerys Creek Road and a new intersection at Elizabeth Drive, in collaboration with Transport for NSW. This work was completed in June 2020.

Major earthworks began in September 2019. The main focus of these works is to achieve a level surface suitable for construction across the Airport's site. The works include clearing of the site, remediation of contaminated areas, salvage works, building of stormwater and drainage infrastructure, cutting and filling of site, respreading of topsoil and landscaping and road upgrades outside the Airport’s boundary.

The airport site is around 1,780 hectares, twice the area of Kingsford-Smith Airport. The difference between the highest and lowest point is the equivalent of a 12-storey building. We need to make the site flat before we build runways, terminals and supporting facilities that will make up the airport. This means moving around 25 million cubic metres of earth to support construction. Building Western Sydney International is currently one of the biggest earthmoving challenges in Australian history.

Thankfully, the amount of earth we need to take off the hills is roughly the same as the amount we need to fill the valleys, which means we don’t need to import or export a lot of material from the site. This minimises the number of trucks on the road and helps keep our neighbours happy. 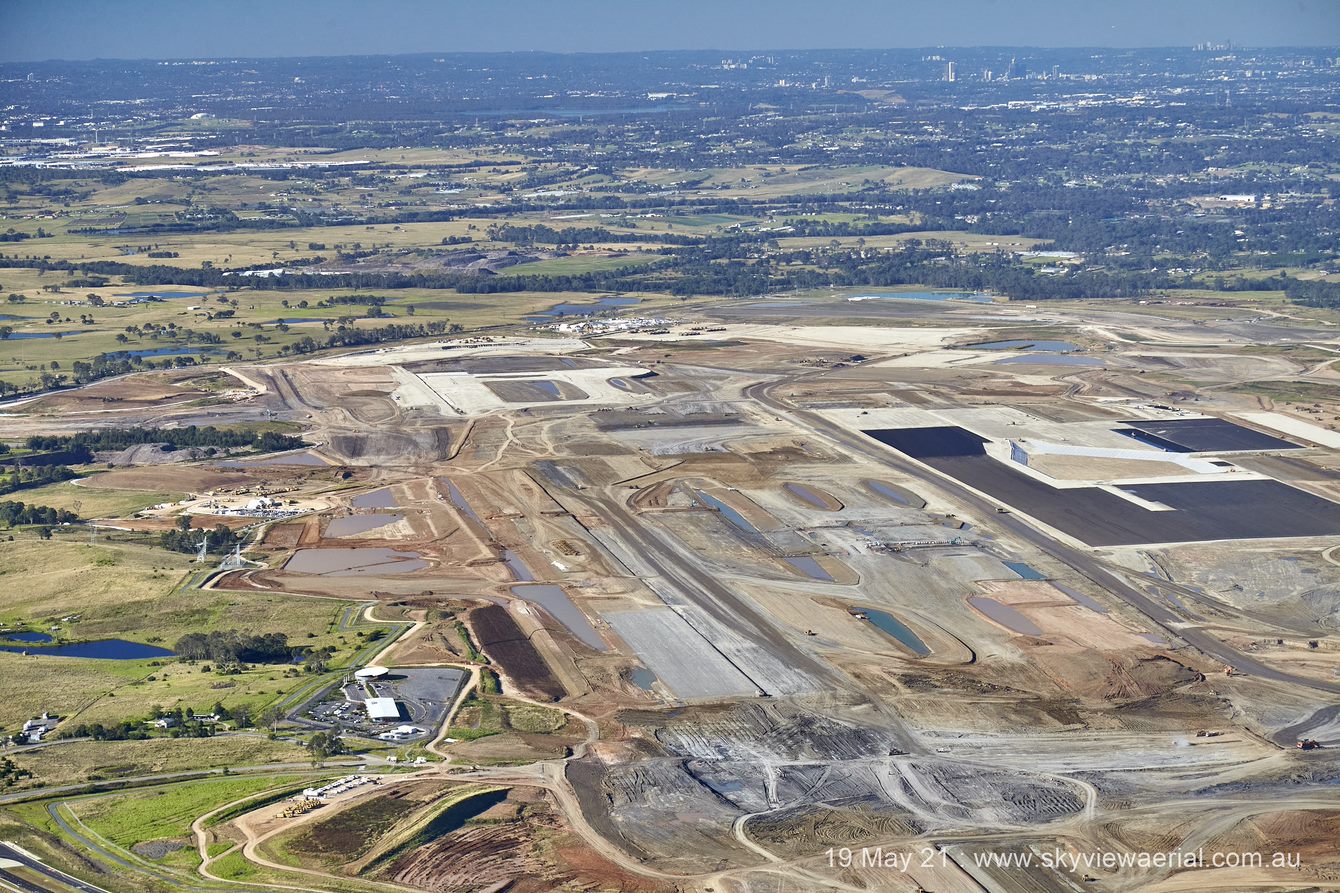