Building Sydney’s newest international airport takes not only the hard work and intelligence of thousands of Australian workers but also the horsepower of some seriously big machinery! As one of the largest earthmoving projects in Australia’s history continues to take shape, we want to take a moment to shine a light on some of the huge machines hard at work building Sydney’s new airport.

Our Trencor T16 Surface Miners are hard at work breaking up the more stubborn surfaces at Western Sydney International (Nancy-Bird Walton) Airport. The T16’s completed a 15,300km journey from America, via the Panama Canal, to Western Sydney where they have been involved in the excavation of 1.2million cubic metres of sandstone to be used in the runway construction!

The Cat 777D 100-tonne dump truck can shift 100-tonnes of dirt per load around the Western Sydney International site. This dump truck is stacked with the latest technology to balance automation and efficiency as it loads and unloads dirt with a 13-second tray tip time. 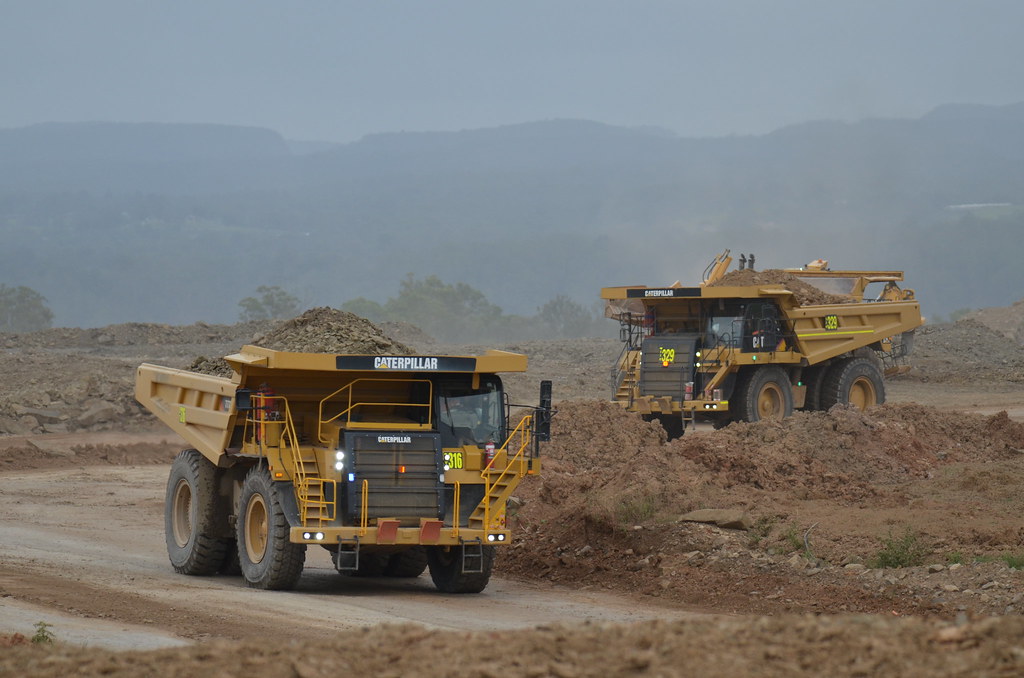 Usually sighted solely on large mining sites, the Caterpillar 24M is not something you would normally see on a civil project such as our airport. The 24M might be a large and powerful 14 tonne machine, but its beauty is in the precision – this machine finishes the ground surface with the skill of a surgeon. With a 7.3 metre blade capable of exerting 180 tonnes of down pressure on the ground, this surgeon has some serious power behind its scalpel. 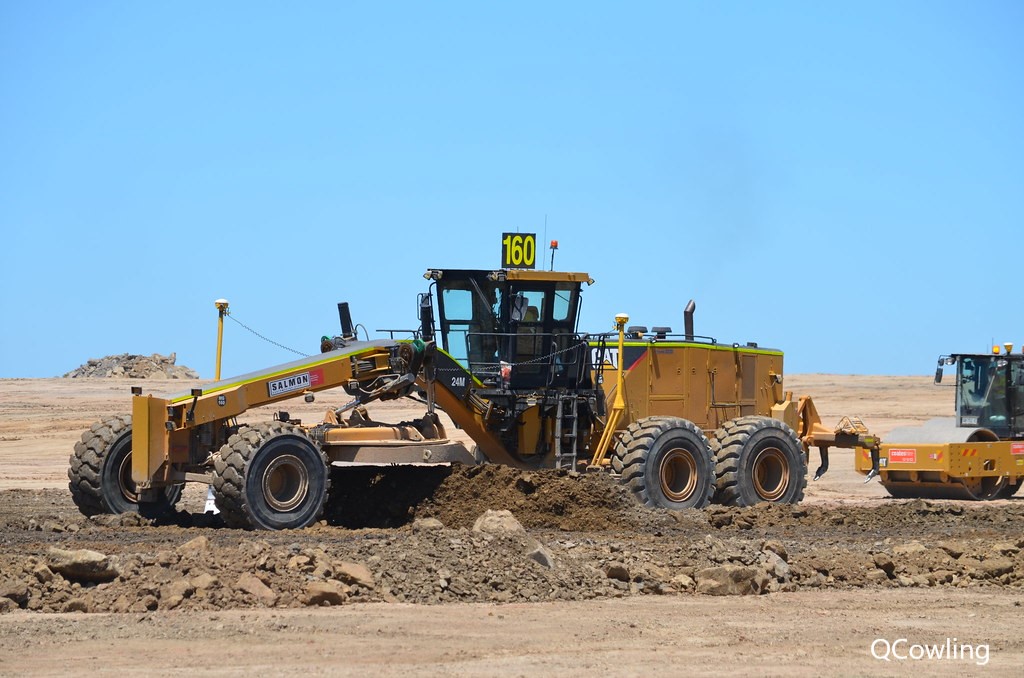 With capacity to carry almost 52 tonnes of dirt, the 657 is the largest open bowl scraper in the Caterpillar line. You’ll see four of the 657s alongside lines of 72-tonne 651s levelling the ground on the Airport site. The Cat 657 is powered by a Cat C18 engine in the tractor and a Cat C15 engine in the scraper. Engine power and torque is enhanced by the engines’ Advanced Productivity Electronic Control System, resulting in more material moved throughout the shift.

Recognised as the best ripping dozer on the market, the Komatsu 475 is designed to handle the toughest and most challenging dozer tasks in the world. With over 108 tonnes of pure earthmoving muscle, a massive 11.5 by 5.2 metre blade, and powered by a 890-horsepower engine, you would normally find the Komatsu 475 in the world’s biggest mines! 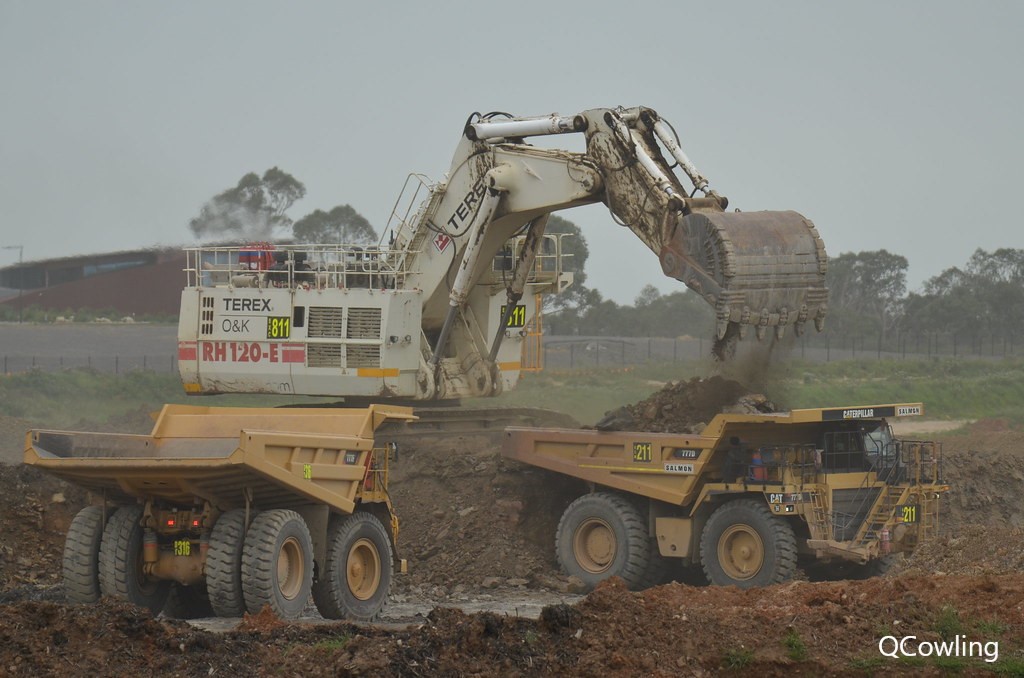 You can see all these machines and more in action during a visit the Western Sydney International Airport Experience Centre, Monday to Thursday and Saturday, 10am-4pm.